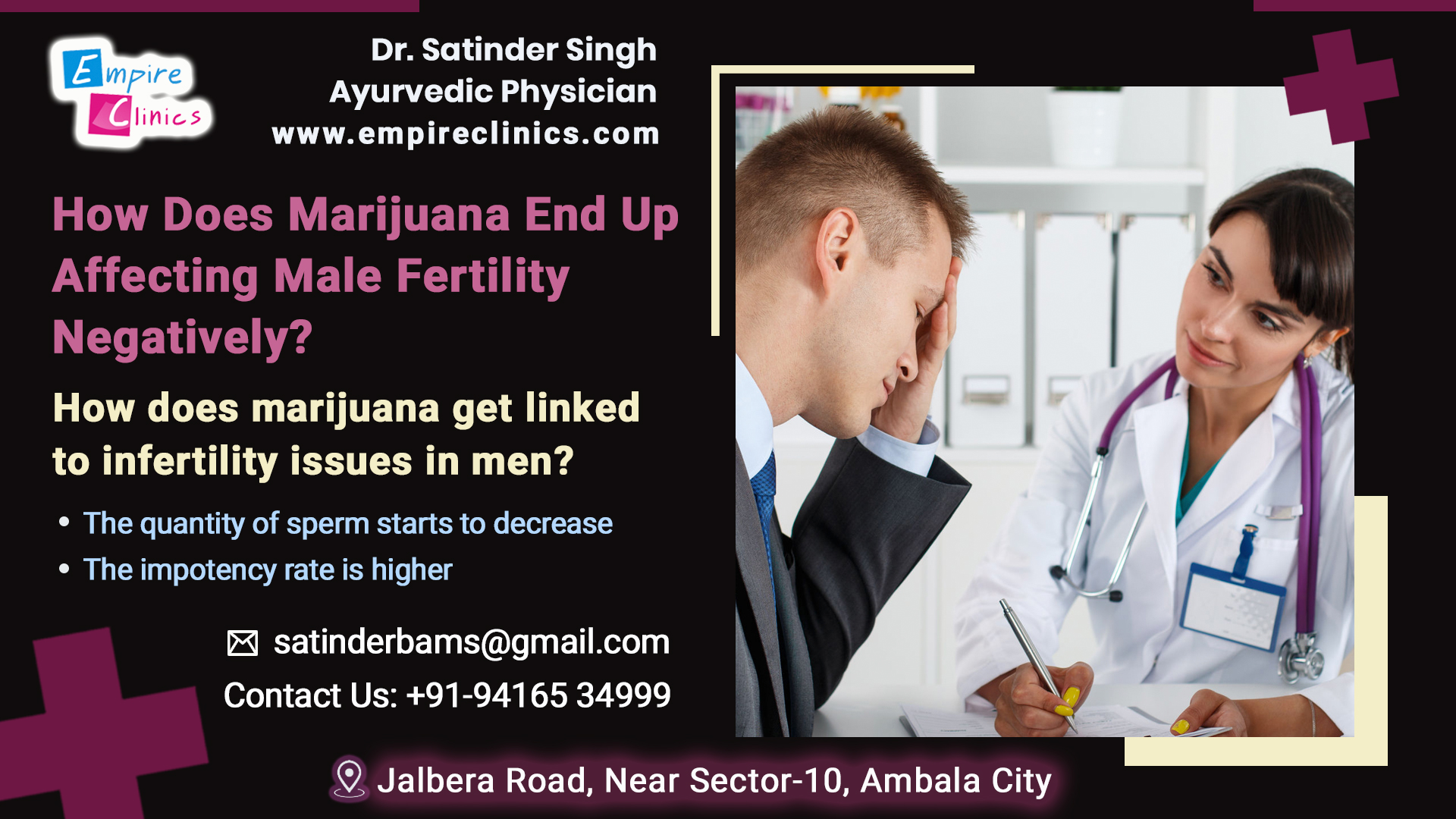 Male fertility issues in men are rising at a very alarming rate, day by day. Also, to add to this marijuana usage amongst men is getting common a lot. With that being stated, the infertility rate in men is getting higher who take marijuana. People in the US especially use it for recreational purposes too, apart from medical reasons. But with time, this is doing hazards and leading one towards low libido.

Tetrahydrocannabinol is a drug that is present in marijuana. It is the very chief psycho active chemical. Several types of research have linked the fact that using marijuana in excess does lead men towards infertility issues. It also ends up decreasing one’s sexual health drive.

One of the studies showed that men who smoke this drug in greater proportion end up with quite less seminal fluid along with a marginal decrease in the count of sperm. The sperms too start to react abnormally. This shows that it decreases one’s stamina and this takes place gradually but surely. All of these factors slowly start to affect fertility.

What the actual reason is behind all of these factors is still unknown. However, it does affect the sperm and libido in men in a highly negative way. It is felt that either of the two things could be happening. Firstly, THC might be causing improper timing of function of sperm because of direct stimulation. Secondly, it could be undergoing natural inhibition mechanisms.

Whatever the underlining reasons are, it is the leading cause of the sperms either swimming faster or too quickly which ends up with a decrease in the rate of fertility.

Effects of marijuana when taken for a long time:

The quantity of sperm starts to decrease

It has been shown that both the quality or volume of the seminal fluid as well as the number in sperm count tends to lower down in men who are regular with marijuana intake, as compared to those who don’t take it. A huge difference also appeared in the case of hyaluronic acid as well as velocity.

The burnout effect of the sperm also is a problem

The seminal fluid has sperm which starts to decrease randomly when marijuana is taken regularly. But not only this is an issue here because the sperms also start to ‘burn out’!

This happens because when one takes this drug, the sperms start to move so fast that it is not capable of reaching out and getting the eggs fertilized at the appropriate time.

The impotency rate is higher

People who take cannabis could get linked to sexual dysfunction. This does hurt the ego of many men, but also the bitter fact is one may not be able to perform well sexually if they smoke marijuana often. Also, with such a scenario, differences start to usually arise between partners and egos start to clash. All in all, it’s not a good feeling both physically and mentally.

How To Cure Infertility After Eating Contraceptive Medicine?

Can ED Be Cured?

Hot Lemon Water – Are You Aware of The Benefits?