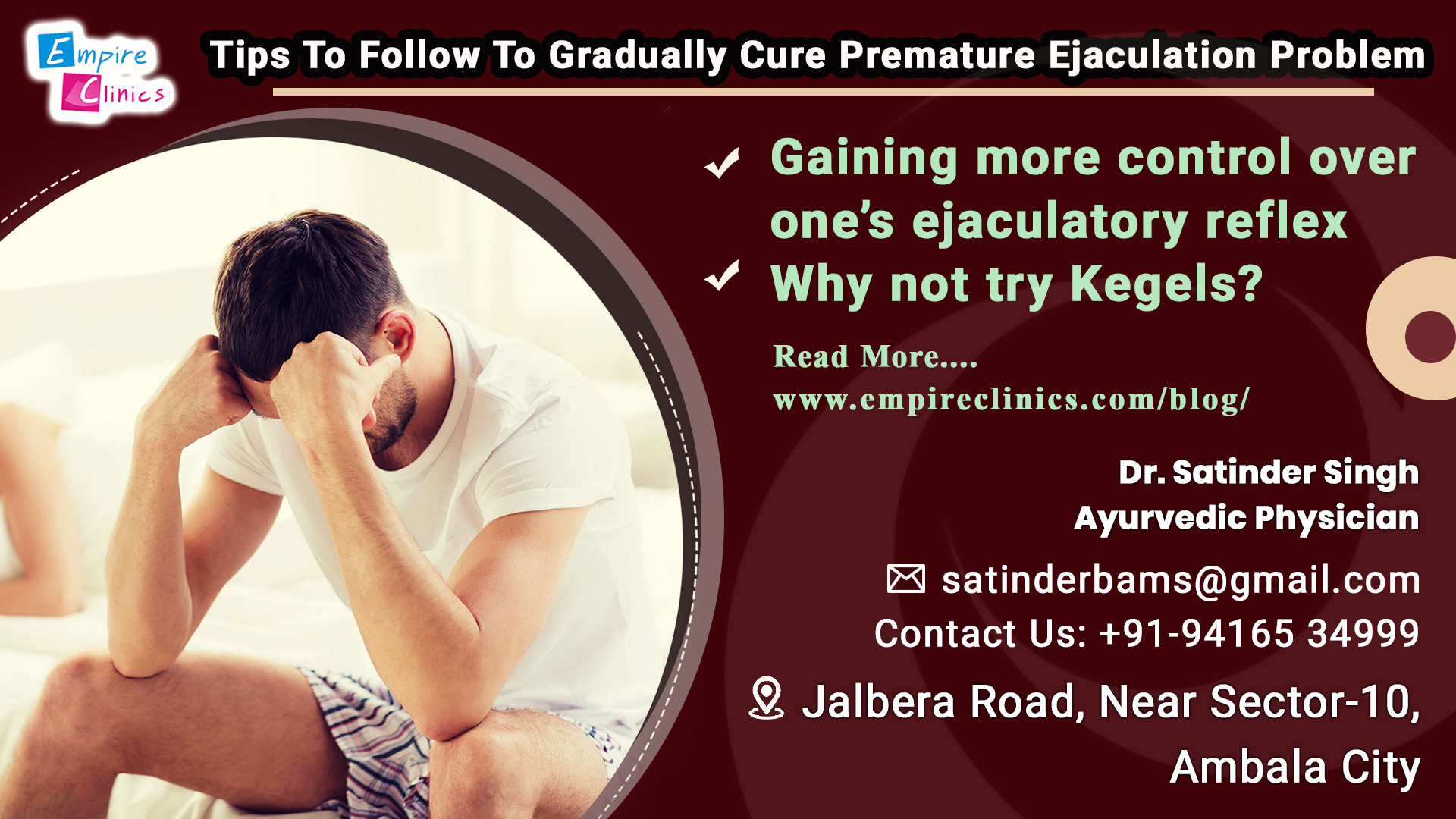 One of the most commonly found issues that doctors and health care specialists come across today in men is premature ejaculation problem (PE). In the current day and time, infertility issues amongst men are getting highly prevalent all around the world. Many times, men shy away to even speak of this problem due to embarrassment and what would society think about them! However, matters related to one’s sexual health must never be pushed behind or kept under wraps. The sooner it gets resolved, the better would one feel and so would their partner.

Premature ejaculation is an issue where men end up ejaculating faster and quickly. This leads them to grow more conscious and awkward as they are not capable to perform sex in a fulfilling way. According to The Mayo Clinic, the prime cause of PE has not yet been found. Many assume that this could also be linked to psychological or biological factors.

There are however several ayurvedic remedies that work for premature ejaculation problem (PE). We have mentioned a few of them below:

This way you will understand the point when you must take charge during intercourse with your partner. This way you can pause or pull off at the right moment. Hence this way the sensation limit will dull off for some time and then with gradual strokes you can start the rise within yourself again. Hence, you will gradually know when you must finally ejaculate. This will take practice and time, but you will surely gain control over your ejaculation. This will help to retain your stamina effectively.

Why not try Kegels?

Kegels have worked for so many people when it comes to delaying orgasm. It has shown great results when ejaculation is almost at the nearest point, but it whelps to push it a little more beyond limits, where you can do it later. There are several Kegel Exercises which are accessible all over the internet; they are useful in strengthening the muscles that are present in the pelvic floor. In short, these are the muscles that help you gain all the control when you are in the mood for it. Also, research was done which did show how Kegels did help to increase the overall ejaculation response time in men.