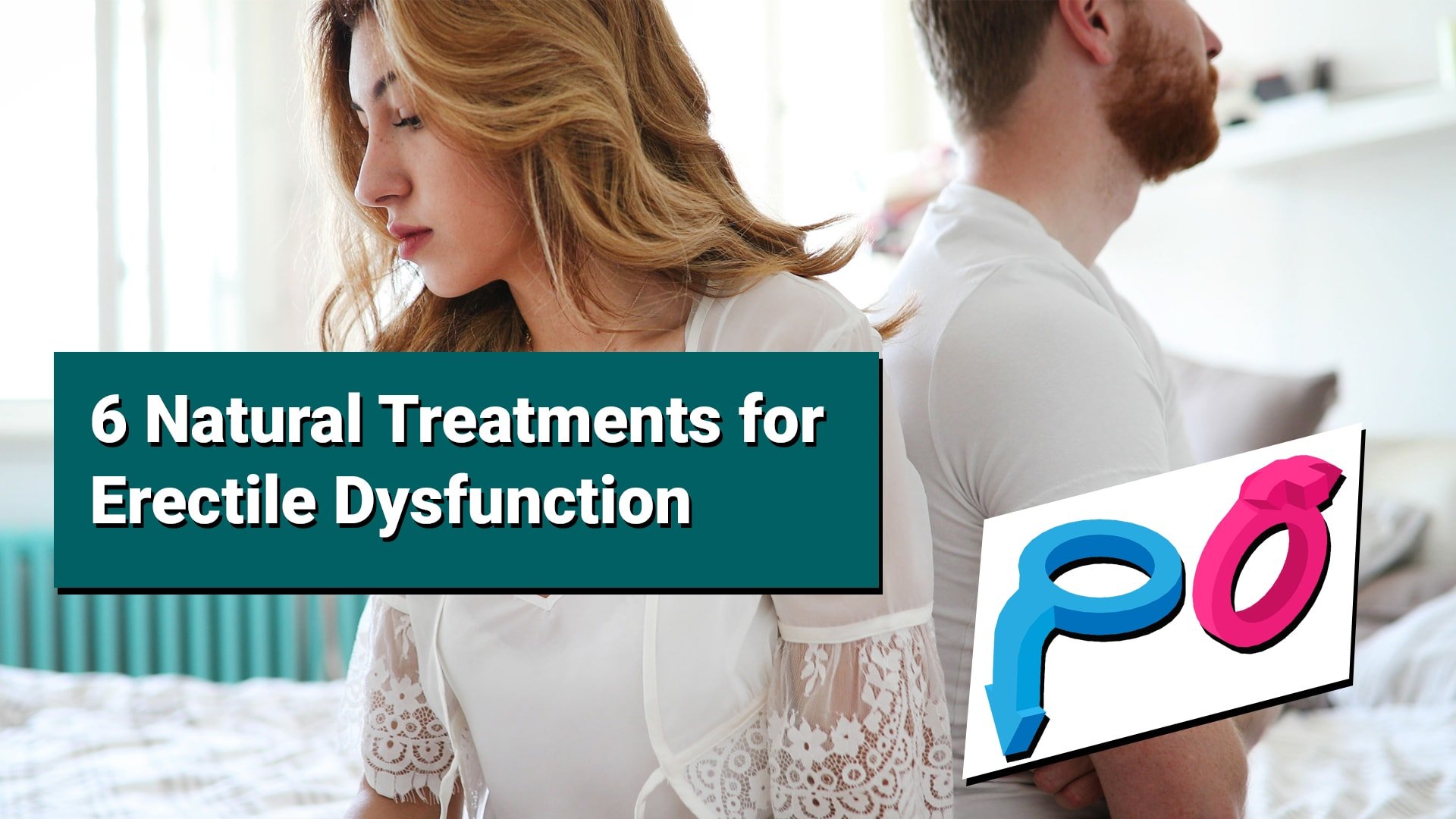 Before we even get into the treatment section of Erectile Dysfunction (ED) it is essential for us to understand what it actually is? Basically, ED is quite commonly known to be the problem of impotency, which exists in men. When one suffers from ED, the man is not capable of maintaining or achieving an erection while he is in the act of sexual intercourse. A few commonly found symptoms that men usually undergo are having a very low sexual drive. Just in case you did not know the stats, there are more than thirty million men in the US alone who are presently suffering from the problem of Erectile Dysfunction.

The commonly reported means of treatments are starting with medication as prescribed by the doctor, implants, opting for necessary surgery or using vacuum pumps. But it is always advisable to opt for remedies that are natural. In fact, there are several kinds of research that have evolved which shows that using natural remedies consistently, is using in improving this problem in men. To know more about the natural remedies to resolve this issue, keep reading below:

This is commonly referred to as the herbal Viagra, red ginseng or the Panax Ginseng has had quite a bit of research work done about it. After the researches have been done the results were that it does help in improving the issue of Erectile dysfunction. In fact, quite recently a research was done on it which showed how it actually influenced ED. Panax Ginseng has an element present in it, which is called Ginsenosides. This particular element works at the cellular level which in turn is useful towards helping men improve erection.

There was a survey done that did suggest how Rhodiolarosea can be useful for patients suffering from Erectile dysfunction issues. Per day, about 25 to 35 men were asked to take 150 to 200 mg of Rhodiolarosea, for almost 3 months. These men did notice that their conditions did improve drastically. In fact, this particular she has worked wondrously towards improving energy and also reducing tiredness. Now, more studies have been going on, in this subject.

Dehydroepiandrosterone (DHEA) is known to be a natural hormone that gets generated by the adrenal glands. In the human system itself, it can get converted to testosterone and also estrogen. A study took place in Massachusetts, on aging men, where men who were suffering from Erectile dysfunction started to notice good amounts of improvement after consuming it for six months.

L-arginine is known to be an amino acid, which is available in the human body. It helps to generate nitric oxide, which in turn is useful to relax and ease blood vessels. Once this is done, men will start to have a healthy sexual drive.

Even though you may come across mixed reviews here, it has been revealed that acupuncture comes with low amounts of risk. This is why; people are ready to try it. It has shown great improvement in men who were suffering from Erectile dysfunction issues before starting with acupuncture treatment.

Taking this supplement does gradually help you to increase your libido higher than what it was before. It is obtained from the bark of the African Yohimbe plant.

Erectile Dysfunction in Men – A Daily Routine to Prevent

Can Cycling Be The Cause of Erectile Dysfunction Problem?

How to Take Care of Erectile Dysfunction (ED) Problems during a Pandemic?