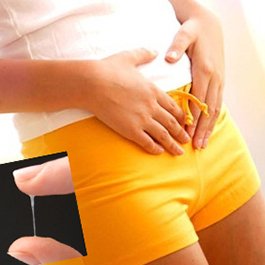 It is also known as the ‘white’ or ‘Shveta Pradar’, due to discharge of white fluid from the Vagina. The vaginal flow is foul smelling, viscid (tenacious) and thick that stiffens the linen. This is a serious disease which, if allowed to prolong and not treated, may cause other problems.

The patient feels weak, run down, has pain in the back and calves, loss of vital fluids, itching pruritis on and around vulva, thighs and thigh joints. In matured ladies inflammation of uterus (following childbirth) or its displacement or some venereal disease (especially gonorrhoea) may also trigger and hasten lucorrhoeal flow. In young females, thread worms may cause onset of this disorder. Husbands, whose wives (or for that matter any other woman with whom they cohabitate) suffer from this disorder, must abstain from coitus and for oral sex.

Chronicity of disorder may lead to cancerons growth; hence it is necessary that actual cause is fully determined and deduced before initiating treatment. There is no harm in seeking help of some clinical laboratory, if same tests are called for. Once the basic factor has been detected, the patient can be treated in a proper way.